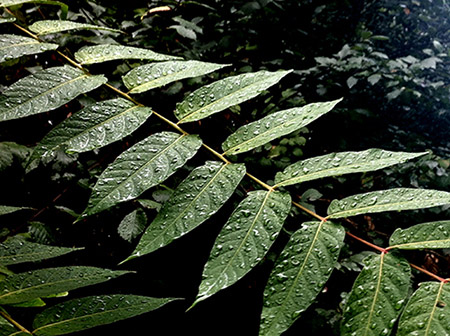 People have been storing water in cisterns for thousands of years.
WiseGeek.com.

The ancient cultures, knowing the value of saving rainwater, stored water in cisterns. In many cases large jars were used, all the way through larger containers. Some were filled with rainwater, others from adjacent water sources like springs or rivers. In many Mediterranean countries, winter snow or seasonal rain collects over the colder months for use during the spring and summer growing seasons.

What could possibly be wrong, you ask, in gathering rain water in just a simple rain barrel? In Washington state (according to the King County government site - Sightline) you need a permit to do just that because the state has a claim regulating all waters “above and below” the Earth. There were also continuous backlogs of thousands of people seeking permits. It took 20 years, or until 2009, to overcome the legal glitch. The same type of law may still exist or have been changed in Colorado and Utah. 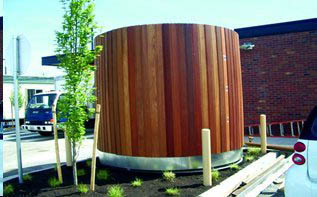 This is a modern cistern (from free images/seattledrainservice RAIN BARRELS

According to Richard Tyre, from the University of Rhode Island, in that state approximately 42” of rain falls per year. One inch of rain from a 1,000 square foot roof yields 600 gallons of water. Many rain barrels store 1,300 gallons of water that can be collected and stored for later use.

You should cover your rain barrel with a screen to prevent mosquitos and to trap debris. 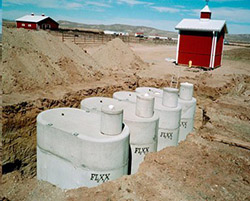 Pix from flxxrainwater.com of underground tanks.

You can also install a larger cistern either above or below-ground. And, you can include a pump that draws the water out (Uri:edu/ce site). The cistern should be water-tight and can be made of reinforced concrete, galvanized steel or plastic. Make sure the underground is firm, and it drains water away from the cistern, and do not put if near sewage lines or any other contamination source. Also trees close by can crack the walls. With a removable top, you can collect both rain and snow, then reseal it.