This article, and the accompanying first article, Grass Types, covers the wide variety of different grasses seen in the United States.

The following are either lesser known, or at least lesser desired grass species. 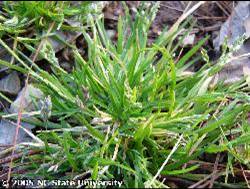 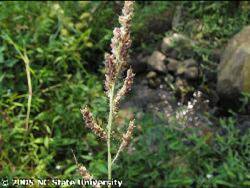 Barnyardgrass is a summer weed that loves wet environments. 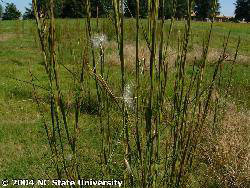 Broomsedge is a weed found commonly in open fields and along roadways. Broomsedge starts out bluish-green in color before turning light brown. 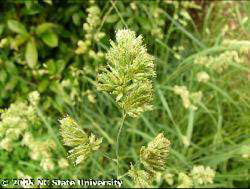 The Orchardgrass weed is commonly found in tall fescue seed. Orchardgrass has a recognizable bluish-green color with a unique seedhead. 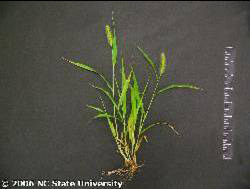 One of the three Foxtail weed species is Green Foxtail. Green Foxtail is a commonly found weed with the shortest seedhead of the Foxtails but longest hairs. 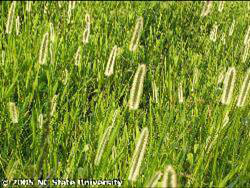 Yellow Foxtail is another common weed that is a bright green weed with a thicker seedhead. The third Foxtail is the Giant Foxtail which obviously has the largest seedhead with a distinguishable droop. 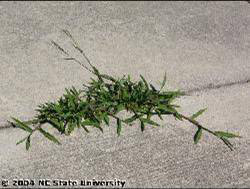 Large Crabgrass is a common weed that grows best in good moisture and light conditions. 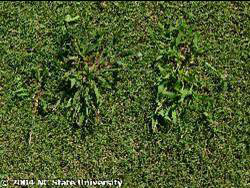 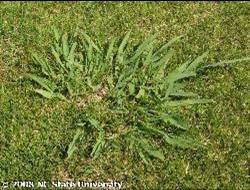 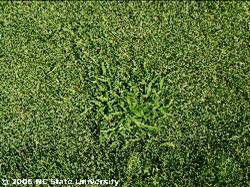 Similar to the above three, Thin Paspalum prefers sandy soils. 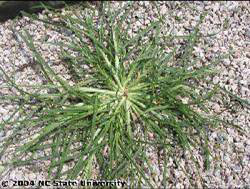 Goosegrass is another difficult weed to eradicate. Commonly found in high traffic areas and shorter cut lawns where the sun can heat the soil to higher temperatures. Can compete with both warm and cold season grasses and performs well in compacted soil. 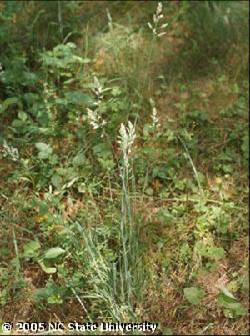 Velvetgrass was once commonly added to Tall Fescue to add to forage grass. As the name implies, Velvetgrass has a velvety feel to it. Velvet grass prefers a moist environment. 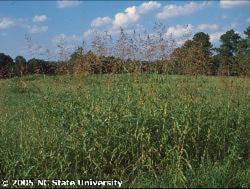 Johnsongrass can be seen occassionally along road ways, but otherwise isn't very wide spread. When left alone, Johnsongrass can grow up to 6 feet tall with a distinguishable white midvein and purple seedhead. 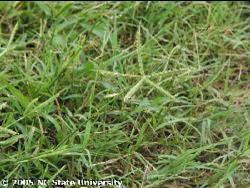 Like Johnsongrass, Crowfootgrass can generally only be found along roadways. Crowfootgrass has a very recognizable seedlet structure. 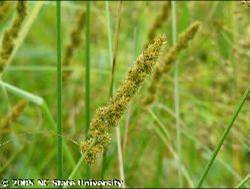 The recognized tiny spiked burrs of the Sandbur weed can be difficult to eradicate. Sandbur is most successful in sandier soils. 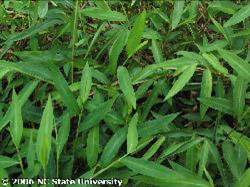 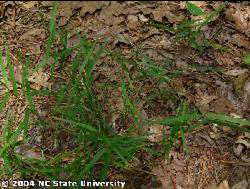 Nimblewill grass weed can be found in shady, moist areas. Nimblewill grows to produce a dense mat and shares visual similarities with Bermudagrass.Images for this article were gathered from the North Carolina State University.